Australia - Community Spirit after the bushfires

Community Spirit after the 2020 Australian Bushfires

The Barenbrug team of Australia purchased new fencing and offered their hands-on assistance to remove the damaged fencing and to erect the new fencing for the MacKinnons.

Alec and Milly Mackinnon are farmers that operate a beautiful 550ha family property on the Murray river at Tintaldra, in upper north eastern Victoria, Australia. The MacKinnons are beef cattle producers as well as grass seed growers, producing seed for Barenbrug Australia since the early 1990’s.

Alec and Milly will undoubtedly recall the bushfires of January 2020 with painful memories. The bushfires swept through the area burning over 300,000ha of bushland, pastures, crops, sheds, houses and fencing, tragically claiming the lives of many, destroying 1000’s of livestock and countless native animals and birds.

While the Mackinnons were greatly affected by the bushfires in that large sections of fencing and pastures were damaged, they know only too well that they came painfully close to the loss of human life and livestock and were spared damage to their farm infrastructure.

The Barenbrug team at Howlong, Australia put forward a proposal to the Helping With Hands Foundation requesting support for the purchase of new fencing and offered their hands-on assistance to remove the damaged fencing and to erect the new fencing.

With the generous support from the Helping with Hands Foundation we were able to see this heart-warming project come to fruition. The team worked enthusiastically hard and achieved a great deal on the day. The Mackinnons were extremely grateful and humbled by the generosity and support of the Howlong team, Barenbrug Australia as well as the Helping With Hands Foundation.

With the new fence in place, Alec and Milly can now contain all  their livestock and graze all their paddocks, allowing them to focus on getting their lives back on track as they continue focussing on producing high quality grass seeds for Barenbrug Australia long into the future. 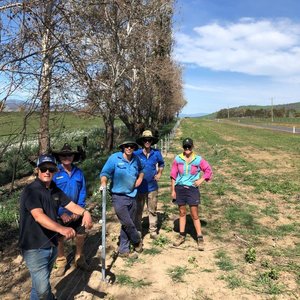 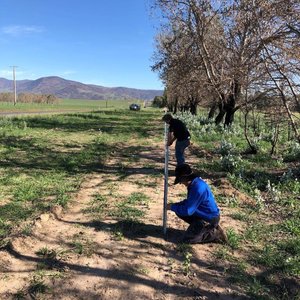 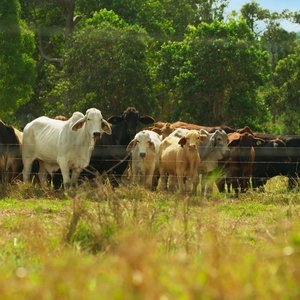