As part of Heritage Seeds’ “Helping with Hands” initiative, the Dandenong office and warehouse staff contributed towards the Puffing Billy Railway’s Corporate Volunteer Program. Over two days, 22 staff members were involved in the program in May 2016.

Puffing Billy Railway is a living museum traversing through the Dandenong Ranges. The railway is a major tourist attraction and most of the activities are supported by volunteers.  The organisation is dedicated to care for the environment and is responsible for maintaining over 30 km of railway corridor.  As part of their Environmental Management Plan various activities are co-ordinated to maintain the native flora and fauna in the region.

Key tasks for the Heritage Seeds team included re-planting native grasses and trees along the railway corridor and clearing weeds, such as ivy and cocksfoot for future re-vegetation projects.  It was ironic that we spent half a day pulling out cocksfoot. Although cocksfoot is part of Heritage Seeds product portfolio, it is an evasive weed when introduced in regions of native vegetation!

Despite the cool start to the mornings the activities were both productive and rewarding for those involved in the program.  The hard work from all staff was certainly appreciated by the program coordinators. 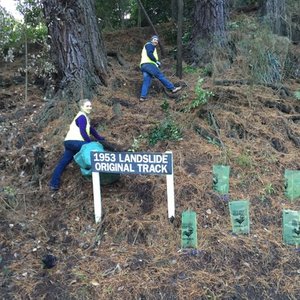 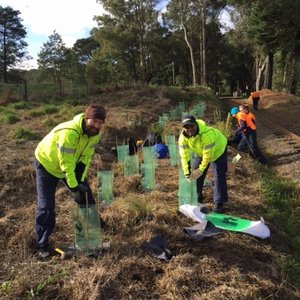 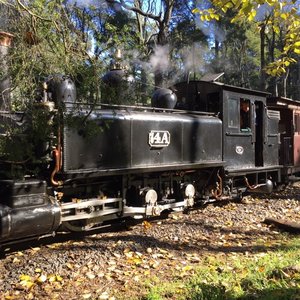