Helping kids be kids at Cholmondeley

Children in emergency and respite care at a unique haven in Canterbury are enjoying new wheels for summer this year, thanks to the team at Barenbrug Agriseeds New Zealand.

Located on the edge of Lyttelton Harbour, Cholmondeley Children’s Centre has provided a safe, fun and stimulating environment for thousands of children aged 3-12 over more than 90 years. Barenbrug Agriseeds supports Cholmondeley as part of its on-going engagement with the wider community, and last month the whole team had a hand (literally) in equipping the centre with a mini-fleet of new kids’ mountain bikes.

Putting these together from the ground up when all the staff were gathered at the company’s Courtenay research farm for a conference was a perfect Helping with Hands project, says CEO Michael Hales. “Everyone was in the same place at the same time, and we wanted to take advantage of that to do something as a group for Cholmondeley that was tangible and appealing for the children themselves.”

Building 7 child-size mountain bikes created a good environment for a team-building challenge too, he says: “We don’t kid ourselves that we’re bike mechanics, though, so we made sure we had them professionally checked before delivering them to the centre.”

Prizes given for the best bikes have been donated to Cholmondeley Children’s Centre along with the fully-assembled and safety-checked bikes. “These bikes have enabled children who didn’t get the opportunity to learn how to ride a bike at a young age, a second chance. The children can build their confidence to try a new thing that we haven’t been able to offer before,” says Holly Whittaker, Cholmondeley Practice Manager. 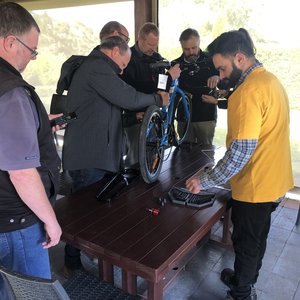 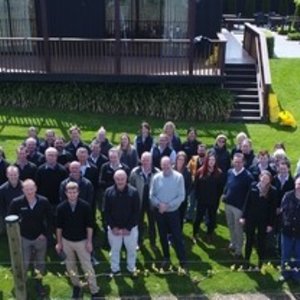