“De Zonnebloem” is all about people and has been so for more than 65 years already. “De Zonnebloem” brings people together and does everything possible to give people with a disability an unforgettable day. In our opinion, physical disabilities should never be an obstacle. We want everyone to be able to fully enjoy life.

It was 24th April 2018. Full of courage and energy, but with some rain, we left with 24 elderly people in a coach from Ede to Volendam. Volendam is a popular tourist attraction in the Netherlands, well known for its old fishing boats and the traditional clothing still worn by some residents. Eight Barenbrug volunteers joined as companions for the elderly people.

When we arrived at Hotel Spaander in Volendam it was fortunately dry. First of all, the wheelchairs were put together. In some cases, they had to be extensively tested first by a critical Barenbrug volunteer (see picture). After that combinations of participants and volunteers were made. Before we went to see Volendam, there was a lunch with sandwich “Volendamse kibbeling” (fish) with fries!

At 13:00 hours it was time to visit Volendam. At first it was a bit awkward for the inexperienced Barenbrug 'hands', but soon everybody was on their way. We met each other everywhere in the village. The center of Volendam turned out to be quite small. It is also good to mention that all Barenbrug companions listened very well to their participant (client), so all in order with the DNA change process. Where one went into every shop, the other went (carefully) down the dike to view the characteristic Volendam houses. Another was sitting on the terrace. Of course, on the wish of the participant.

Around 15.00 hours everyone was back at Hotel Spaander for coffee with pie. After that it was time again to go to the bus and return to Ede. It was a beautiful day for all participants and for the management of “De Zonnebloem”. But the Barenbrug guides also had a lot of fun. We hope to have contributed to provide the elderly, in many cases very elderly, participants a nice day. According to our modest opinion, we think it all worked perfectly well. 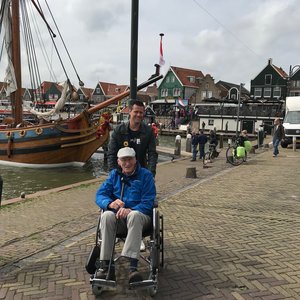 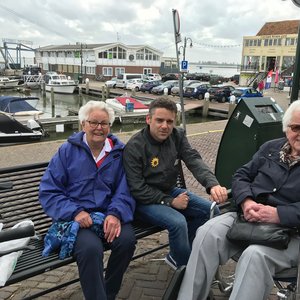 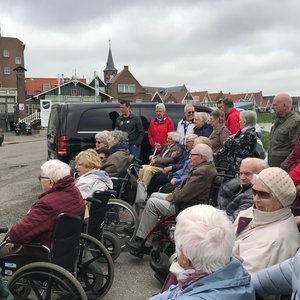 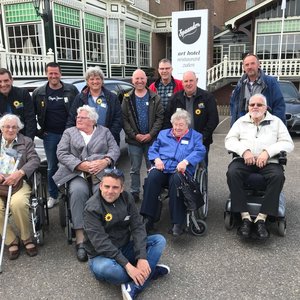